KOTA KINABALU: Liberal Democratic Party (LDP) religion and harmony bureau chief Yew Chau Khiong yesterday condemned the Malaysian Islamic Development Department (Jakim) officer Zamihan Mat Zain for making provocative remarks on non-Muslims in a six-minute video uploaded in the social media.In the video, Zamihan was seen criticising the Johor Sultan for banning Muslim-only laundrette in the state and calling the Chinese unhygienic for not washing up after urinating and defecating as well as eating pork and drinking alcohol.
Such practice justified the Muslims to refrain from using the washing machines used to wash clothes worn by the Chinese, said the preacher during a religious lecture at the Masjid Tengku Ampuan Jemaah in Shah Alam.
“His statements have caused much anger and dissatisfaction among the Muslims and non-Muslims in the country especially in Sabah, whom the people has been living harmoniously since time immemorial,” said Yew.
“Malaysia is a secular state under the Malaysia Agreement 1963 (MA63). Sabah and Sarawak have not agreed on Malaysia becoming a theocratic state during the formation of the Federation in 1963,” Yew pointed out.
“Malaysians should understand the need for mutual acceptance and toleration in this secular nation.
And stop making attempts to damage peace in our beloved country,” said Yew who urged the police to arrest Zamihan under the Sedition Act 1948.
Yew also criticised the recent beer bottle-smashing antics outside the Selangor secretariat office to protest against Oktoberfest beer festival.
“The people must remain vigilant to preserve our existing harmonious culture, and stop extremist individuals from entering Sabah,” called Yew.
Yew praised the Malay Rulers who issued a statement saying that ‘as a religion that encourages its followers to be respectful, moderate, and inclusive, the reputation of Islam must not ever be tainted by the divisive actions of certain groups or individuals which may lead to rifts among the rakyat’.
The Rukunegara, which was proclaimed as our national philosophy by the fourth Yang di-Pertuan Agong on Aug 31, 1970, outlined five aspirations and five guiding principles for the country that should continue to serve as a compass to all parties, be they leaders, government officials or citizens of our country.–Moses Wong/BNN 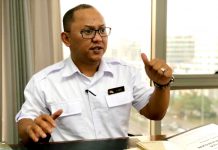 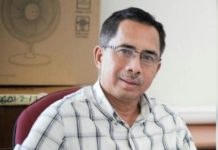 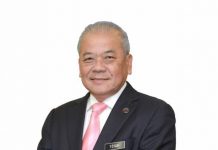 The Spirit Of Mengkabong Community Celebrating Malaysia Day That Is Unique