It is also a vindication of ousted Chief Minister Tan Sri Musa Aman, he said, adding in fact the AG’s Report comes as no surprise as it is a continuation of similar reports for the last 15 years under the tenure of Musa as Sabah Minister of Finance.

“It is not too far-fetched to even say that Musa was one of the best Financial Manager Sabah ever had. He managed to present a surplus Budget for 2018 despite the dismal price of oil back then and surplus accounts for 16 years in a row,” he said in a statement Wednesday.

Hajiji said in terms of basic accounting, that means the previous administration did not spend more than it earned, a far cry from Warisan’s claims that the State’s finances were badly managed and that the party was left with not much to fulfil their manifesto.

“Indeed, in the wake of May 12, Warisan openly claimed the state’s finances were in dire straits. Sadly, this alleged lack of funds is the old song and dance that they keep using as an excuse to not deliver to the people…however, the figures for 2017 speak for themselves,” he said.

“Investments in fixed and state deposits topped RM2.51b and investments in public corporation and statutory bodies totalled RM6.58b. The two investments brought in RM112.67m and RM140.43m in interests and dividends.

“In spite of this achievement, unfortunately the Warisan-led government misled the people on Musa’s performance as Chief Minister and Finance Minister for the last 15 years.

“The recent revelation of the AG’s report proves that the State Government has contradicted itself when presenting the Sabah Budget 2019 recently. Since helming the office, the Warisan government have committed numerous flip flops on Sabah’s financial position,” he said.

Initially, Hajiji said, the script was “there is no money in coffers and then, suddenly there is money but wait…it looks like there is money but it is through accounting manipulations” but surely the present AG’s 2017 report on Sabah has not been manipulated.

“Such actions on Warisan’s part is a display of not only incompetence but malice in an attempt to belittle the achievements of the previous state government.

“If the new administration does not have the decency, nor the courtesy, to acknowledge the milestones of its predecessor, the least it can do is to not mislead the people.

“Nonetheless, in civil society, in spite of political differences, gentlemen still shake hands and give credit where credit is due,” said Hajiji, who is also Sulaman Assemblyman.

The Sabah Consolidated Fund also recorded a surplus of RM56.66million in 2017, resulting in the accumulated balance rising to RM3.80billion or 1.5 per cent, said the report, adding revenue collection also increased by RM444.44million or 12.9 per cent to RM3.89billion in 2017.-By LSK/BNN 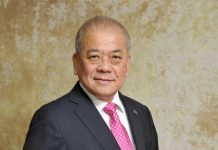 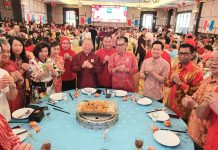 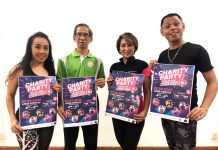 Health and fitness event to be held at Likas Sports Complex

Judiciary must censure Liew for statement