A statement released by Musa’s special officer,  Awang Faisal stated that the two-hour proceeding where various documents were tendered supporting their respective case resulted in the decision not to allow the application.

Tan Sri Musa Aman’s counsel argued that remand applications should not be given easily as it is a judicial process where the Magistrate must consider various factors including whether statutory and legal requirements have been met.

According to his counsel Musa had consistently kept the authorities informed on his whereabouts and had given his full cooperation even when he was seeking treatment in the United Kingdom.

His travels were through proper and regular channels, he said and accorded a copy of Musa’s travel document to the magistrate.

“Tan Sri Musa is a citizen of Malaysia and at no material point in time left his beloved country illegally nor is there any need for him to do so. Any accusations that he left the country illegally or that he is a fugitive or that he absconded, clearly shows the lack of knowledge and education on the part of his accusers.”

He intended to be sworn in as required by the Sabah State Constitution and will do so as soon as his medical condition permits, the statement said.

“He would also like to reaffirm his faith in the Judiciary, The Royal Malaysian Police and the Immigration Department,” Awang Faisal stated.

“These legal and quasi-legal bodies are an institution and organizations that are well respected. They must always be allowed to carry out their duties independently and in good faith. They must not be subject to pressures from any person or government, local or foreign. The sanctity of their good office must always be protected,” he said.-pr/BNN 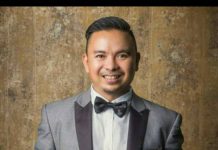